Home » Antarctica Series » The Hut and the Iceberg

The hut was originally built by Robert Falcon Scott’s team during his 1902 expedition. Shackleton was on that voyage too. Scott sent Shackleton home before they arrived at the South Pole because of sickness. Shackleton never forgave Scott for sending him home before reaching the pole. Elaine added that Scott was likely jealous of Shackleton’s natural leadership ability. Scott was a product of the Royal British Navy and didn’t like spending time with those below his aristocratic status. Shackleton rose up from the more “blue collar” Merchant Marines and he naturally worked and socialized side by side with the men he led. These class distinctions increased the tension between these two titanic leaders of the Heroic Age of Antarctic exploration.

The hut was used on several expeditions as a storage facility and also as an emergency shelter in the 2 decades after it was built. We often forget that Shackleton’s 1914-16 attempt to be the first to cross the frozen continent engaged two ships. His heroic rescue of his crew after the ship Endurance was destroyed in the sea ice has been widely celebrated in books and even a movie, with Kenneth Branagh playing Shackleton. The second crew left New Zealand and sailed to the Ross Sea. Their mission was to position caches of food and fuel for Shackleton to use during the second half of his planned trek across the ice. While Shackleton brought all of his crew home safely, the second crew met a different fate. They had no idea that the Endurance had been destroyed and Shackleton’s transcontinental expedition had turned into a rescue operation. Yet, they faithfully planted provisions along the prescribed route. The landing party from the second crew became stranded when their ship, carrying most of the provisions, was pushed out to sea by the pack ice. These men had to find some way to survive with no guarantee of rescue. Several of the men, likely suffering the symptoms of scurvy, left the hut for the sea ice out of exasperation. They were never found again. Once Shackleton had rescued the crew of the Endurance, he sailed to the Ross Sea and found the remnants of the second crew. 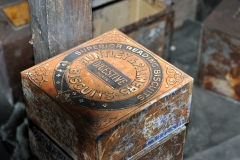 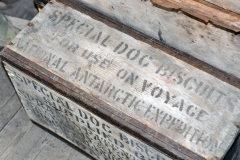 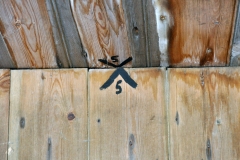 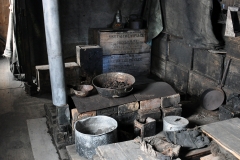 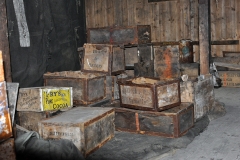 After these early 20th century expeditions, the hut was largely abandoned until the Navy SeaBees arrived in the 1950’s to build McMurdo Station. It is now preserved by the New Zealand Heritage Trust Foundation along with a couple of other huts from the Heroic Age.

This place, and the objects inside, give a grim glimpse into the terrible life these men endured. Even with the protective roof added for historic preservation, the bone-rattling temperature inside is unimaginable for the time these men lived here. The original hut was a prefabricated kit designed for summer adventurers in Australia. You can see the markings that showed how the pieces fit together. It was never meant to keep anybody warm. The men hunted seals and penguins to supplement the dwindling rations of biscuits, hard tack, flour, and coffee. A century old seal carcass lies against the wall, forever frozen in this frigid hut. They repurposed sails from their ship into everything from walls to clothes and boots. Not every moment was devoted to survival. One corner of the hut was designated for scientific work. A chimney-like structure was part of a gravitation experiment by scientists who sailed on these expeditions.

This is a humbling place, haunted with the lingering courage of men far stronger than me. Their accomplishments are like the tiny tip of the iceberg, visible to those of us who gaze on it from the comfortable distance of history.  The spirit of these men is like the vast undercarriage of that same iceberg that reaches beyond our sight and our ability to articulate.

Their devotion, whether for nationalism or science, sustained them through profound physical and mental suffering

2 Responses to The Hut and the Iceberg